Ivrea Carnival and Battle of the Oranges

Ivrea’s Historical Carnival is a unique Italian event of international importance, as acknowledged by the communication of the Presidency of the Italian Council of Ministers dated 27.09.1956 (prot. sheet no. 02999/894), a “dream” that comes true every year, bringing history, tradition, entertainment, emotions and great ideals to the streets and squares of the town of Ivrea. In this event history and legend come together to give life to a spectacular sequence that crosses and merges the centuries.

The spirit of the Historical Carnival lives in the evocation of an episode of freedom from tyranny, dating back to the Middle Ages: a baron who starved the town was cast out thanks to the rebellion by a miller’s daughter who refused to bow down to the jus primae noctis (a supposed legal right in medieval Europe, and elsewhere, allowing feudal lords to have sexual relations with subordinate women on their wedding night), and ignited the uprising of the townspeople. In this evocation, the Carnival is renewed every year as a big civic party, during which the community of Ivrea celebrates its capacity for self-determination.

The heroine of the celebrations is the Miller’s daughter, accompanied by the General, who has been responsible since the early 19th century for guaranteeing that the whole event goes off smoothly, along with his Napoleonic Staff, made up of Officers on horseback and Sutlers.
The gallery of historical characters is completed by the Vice Grand Chancellor, the Magnificent Podestà, guarantor of the city’s freedom, the Parade, with the Flags of the “Rioni” represented by the Abbà and the Pipes and Drums. 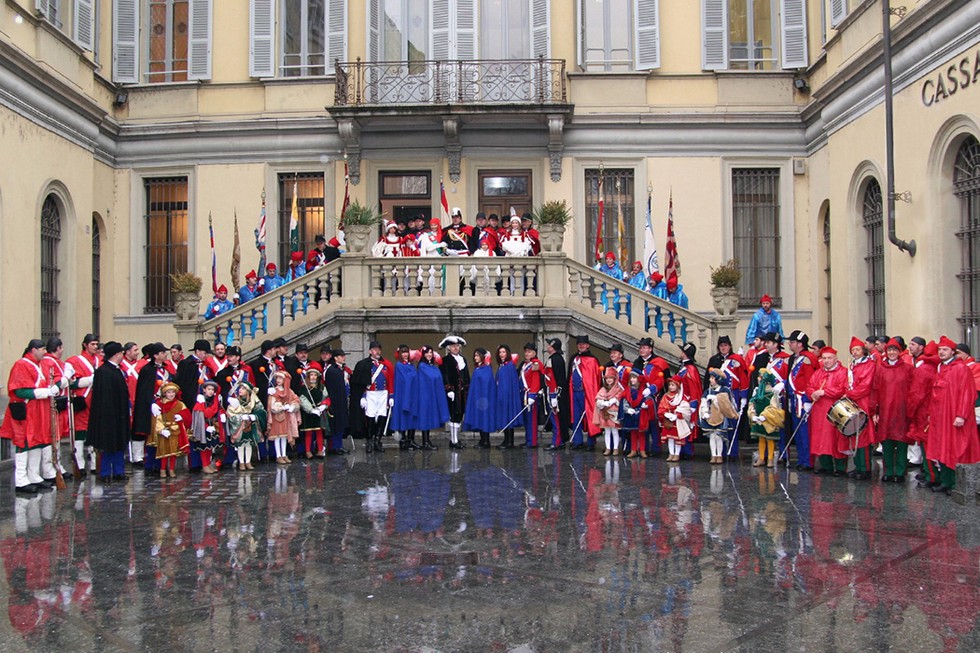 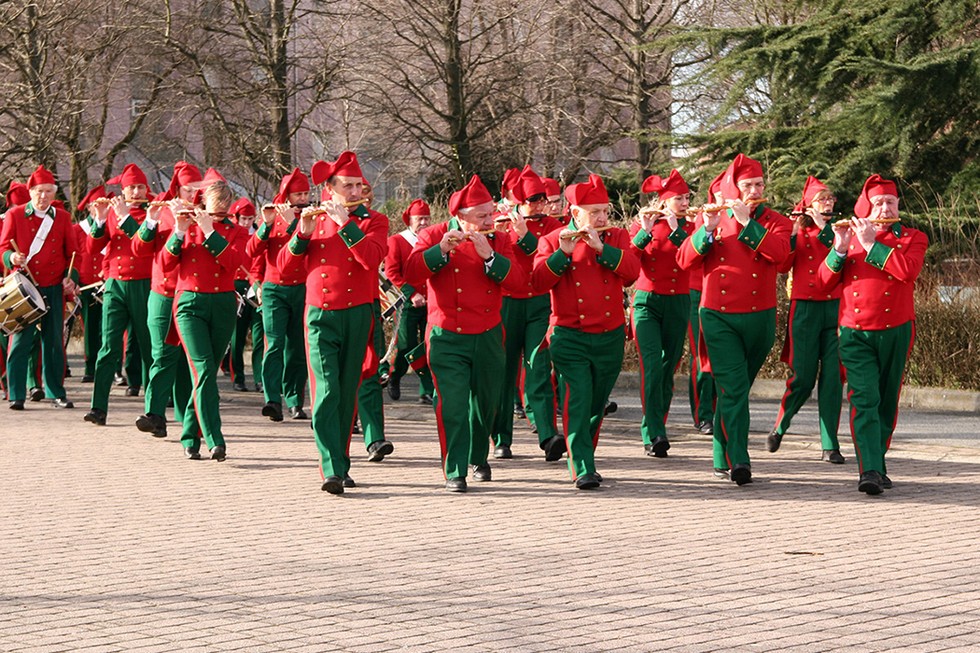 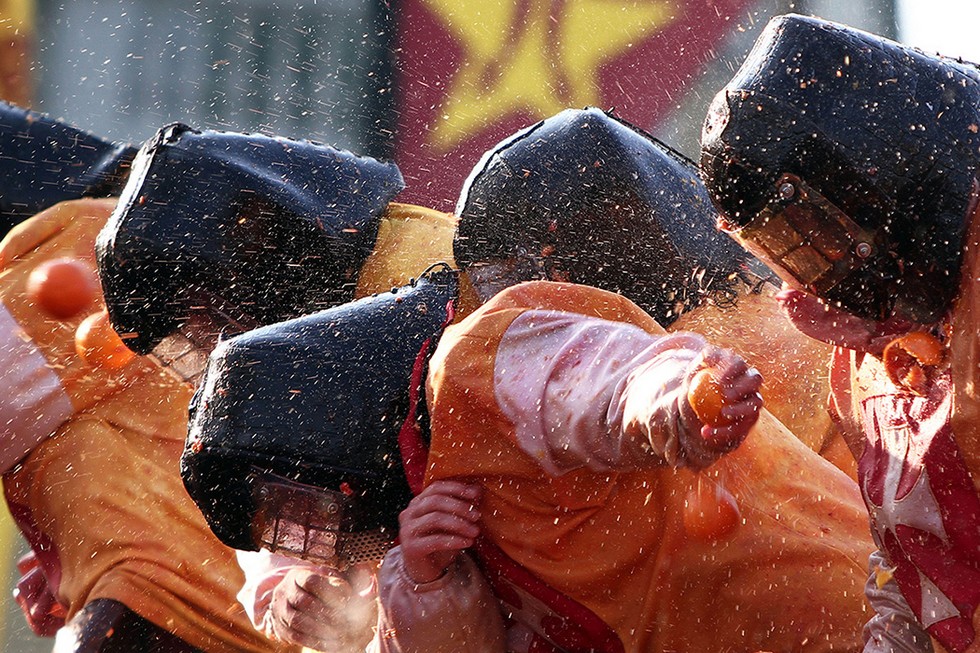 The town is filled with the colours and scents of the famous and spectacular Battle of the Oranges, moment of great involvement and excitement, evoking the popular rebellion against tyranny.
During the battle, the townspeople – represented by the orange-throwers on foot, with no protection, – use oranges to fight the armies of the Feudatory, represented by orange-throwers on horse-drawn carts, dressed in masks and protective clothing which looks like ancient armour.

To show their participation in the festivities, starting from the last Thursday before Lent, all the local residents and visitors wear the Phrygian Cap, a red, stocking-shaped cap which represents the ideal adhesion to the uprising and hopes for freedom, like for the French Revolutionaries.

Ivrea Carnival: see the largest food fight in Italy. In this website you can find photos, events, timetable and curiosity.